The John F. Kennedy Center for the Performing Arts announces on-site and digital programming initiatives to bridge the period between now and the 2021 season, which is set to begin on January 14. As the U.S. and the world navigate the impacts of the coronavirus and begin the process of re-opening, the Kennedy Center will undertake an ambitious, but limited, in-person slate of programming, designed to safely enact the mission of the National Cultural Center and bring the voices of America’s artists to the nation’s capital, as well as significantly expand the institution’s free digital programming for audiences across the country. In-person programming will remain flexible in accordance with any updates to the District of Columbia’s ReOpen D.C. guidelines.

“President Kennedy described the arts as ‘close to the center of a Nation’s purpose.’ I am deeply proud of my team’s perseverance and the innovative work to fulfill our mission and that national purpose, while prioritizing the safety of artists, staff, and patrons. The last four months have proven that the arts and our artists are crucial to our lives and mental health. We have done the hard work to get this right,” said Kennedy Center President Deborah Rutter.

On Stage at the Opera House

The Kennedy Center’s famed Opera House will come back to life with a unique concert experience that puts the audience on stage. Artists will perform from a stage extension built into the front of the Orchestra-seating level of the hall while concert-goers, entering through the wide loading doors on the Center’s front plaza, are seated in physically distanced pairs on the Opera House stage to watch performances set against the iconic red interior of the theater. These hour-long, intermission-less concerts will take place approximately once per week for a ticketed audience of under 200 once the District of Columbia reaches phase three of reopening. Select shows, including performances by four-time Grammy Award® winner and National Medal of the Arts recipient Renée Fleming; Emmy®, Grammy®, and Tony Award® nominee Vanessa Williams; award–winning Principal Dancer with New York City Ballet and Broadway actress Tiler Peck; and award-winning choreographer and Artistic Director of Camille A. Brown and Dancers, Camille A. Brown, will be released digitally via the Kennedy Center website. Other On Stage at the Opera House concerts will feature Marian Anderson Award winner Will Liverman, members of the National Symphony Orchestra, and artists previously announced for the Fortas Chamber Music Concerts, including the Takács Quartet and the Kennedy Center’s Quartet-in-Residence, the Dover Quartet, appearing with the Escher Quartet. Additional artists from the worlds of jazz, hip hop, comedy, and Broadway will be announced at a later date. Performance details and ticketing information will be made available as D.C. approaches phase three of reopening. 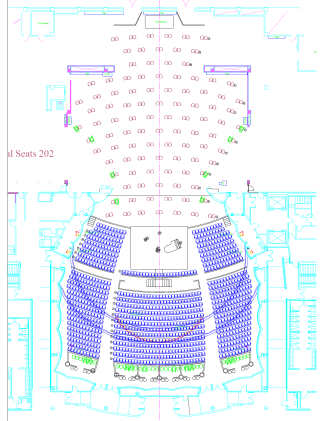 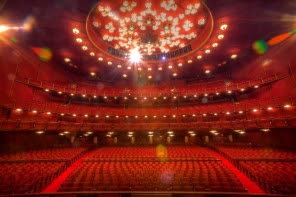 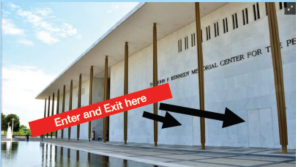 The Washington National Opera (WNO) will explore new ways of bringing opera to its audiences in this changing and challenging landscape through the Come, Hope Project, the title of which is taken from Beethoven’s Fidelio aria, “Komm, Hoffnung” (“Come, Hope”). Fidelio, which the WNO had planned to present in October and November 2020, has endured, not only due to its beautiful music, but because this tale of a woman battling against oppression and injustice remains just as relevant timely today. In “Come, Hope,” the character of Leonore is summoning her own hope and, in that spirit, the WNO will embark on physical and digital initiatives, including a Pop-Up Opera Truck and a Virtual Reality experience, to engage audiences in summoning hope and affirming the human spirit through song.

During a time when presenting full operas in the Kennedy Center’s Opera House is not feasible, opera will visit all eight wards of Washington, D.C. in-person on the Pop-Up Opera Truck. In the fall, this mobile stage will bring performances by the WNO’s Cafritz Young Artists across the city on demand. Taking requests from community partners and the public via social media, artists will offer short programs of opera and classical music’s greatest hits, sparking joy through rhythm and melody.

Partnering with Felix & Paul Studios, an internationally acclaimed immersive entertainment studio based in Montreal, the WNO will explore Virtual Reality technology and other immersive digital formats to bring audiences the music of Fidelio.  The central VR piece, the aria “Come, Hope,” will virtually place audiences inside the story for an opera experience like no other. Also in the digital sphere, bass-baritone Ryan McKinny and mezzo soprano J’Nai Bridges will visit monuments throughout D.C. to record “Monuments of Hope,” a short film connecting uplifting and thought provoking messages to D.C. and its monuments through music.

The National Symphony Orchestra (NSO) makes its anticipated return to the Kennedy Center Concert Hall with three Friday concerts in December 2020. On December 4 and 11 NSO Music Director Gianandrea Noseda will conduct two concerts with surprise programs to be announced from the stage. Then, on December 18, Principal Pops Conductor Steven Reineke will lead the orchestra in a Holiday Pops program. These December concerts will be livestreamed and will be performed in front of a live, ticketed, limited capacity, physically distanced audience, should D.C. be in phase three of reopening.

This fall, the NSO’s In Your Neighborhood program will focus on the DMV medical community, first responders, and other frontline heroes, with an expanded series of chamber concerts across the region. Now celebrating its 10th anniversary, NSO In Your Neighborhood, the anchor of the NSO’s robust year-round community engagement program, takes the Orchestra and small ensembles into numerous community venues for a concentrated period of activity.

As an expansion of the orchestra’s popular #NSOatHome series of digital concerts streamed live from orchestra members’ homes, the NSO also is now offering NSO/Noseda Fridays. Every other Friday, a new concert from the orchestra’s archive of live full orchestra broadcasts created in partnership with Medici.tv will be made available for on-demand streaming free of charge. Each program will be accessible on the Kennedy Center and NSO Facebook pages, the Kennedy Center YouTube channel, and the Kennedy Center website for 30 days beginning at 8 p.m. ET except as otherwise noted.

Activities at the REACH: Victura Park, Sunset Concerts, and Yoga on the Lawn

Dotted with picnic tables, café tables, and shade umbrellas outside the River Pavilion at the REACH, patrons are invited to enjoy a snack overlooking the Potomac or spread out a blanket on the grass with a glass of wine from Victura Park, a pop-up wine garden and café curated by restauranteurs Ian Hilton, Eric Hilton, and chef Erik Bruner-Yang.

As D.C. enters later phases of reopening, the River Pavilion will play home to Sunset Concerts. This series of free hour-long concerts will take place on a stage inside the pavilion with the glass walls opened up for the enjoyment of audiences outdoors. Performances will include select Wednesday evening Millennium Stage/Arts Across America shows, a performance by the WNO Cafritz Young Artists, jazz, hip hop, musical theater, and more.

In addition, local yoga instructors will utilize the expansive green roof of the REACH to lead movement and wellness classes on the Upper Lawn in September and October on select Saturday mornings. Performances and yoga are weather dependent and subject to D.C. phase three of reopening. 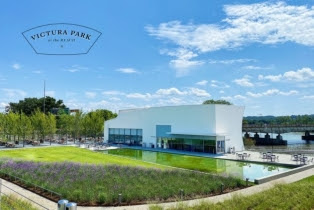 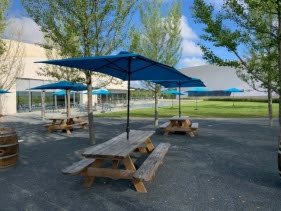 As previously announced with the Kennedy Center’s Social Impact initiatives, the Center will launch Arts Across America on July 27, a program to uplift artists and showcase art from communities and regions across the country in this time of uncertainty. Over 20 weeks, Arts Across America will feature free, digital performances from over 200 diverse, visionary artists who play leadership roles in their communities, exemplify unique regional artistic styles, and are using their medium as a tool for advocacy and social justice. Arts Across America is made possible and livestreamed by Facebook and will continue through December 11, 2020.

“Bringing the world closer together is at the core of Facebook and that’s exactly why we’re supporting the Kennedy Center’s Arts Across America program to help people around the country connect virtually through their appreciation for the arts,” said Facebook’s Director of Public Affairs Robert Traynham. “We look forward to seeing the diverse artists share their talents through this innovative program.”

Arts Across America will be available on Facebook Live, YouTube, and the Kennedy Center website, five days a week at 4 p.m. ET.  A rotating performance schedule will feature performers presented by the Kennedy Center and presenting partner organizations invited to curate performances as identified by the National Endowment for the Arts’s Regional Artist Organizations: Arts Midwest; Mid-America Arts Alliance; Mid-Atlantic Arts Foundation; New England Foundation for the Arts; South Arts; Western States Arts Federation; jurisdictional arts agencies representing U.S. territories; and Sankofa.org. An initial calendar for this celebration of all who contribute to the culture of the U.S. is below:

More information about Arts Across America can be found HERE.

Recognizing that schools will be limited in their ability to come to the Center for school-based field trips, the Kennedy Center has been developing a robust framework of virtual artistic offerings for students and teachers to engage throughout the 2020-2021 school year, providing distance learning opportunities in educational theater, music, and dance programming.  These digital programs will include archival captures of public performances, in-depth “making of” video wraparound content, online work by contributing onstage artists and teaching artists, new series focused on storytelling and anti-racism, online professional development for teachers, and more.  This online content for schools will be announced in early Fall with the aim of enhancing students’ performing arts learning whether they are in school or at home.

In addition to following all local and national guidelines and ordinances, The Kennedy Center is taking numerous steps to ensure the safety of everyone participating in on-site programming, while delivering a way for patrons to comfortably experience the live performing arts.

Additionally, the Kennedy Center will require all patrons to wear proper face-covering masks and requests that patrons stay home if feeling sick, practice good hygiene, and allow extra time as exit and entry may take longer than usual with physical distancing in place. Further risk mitigation protocols may be implemented based on local conditions. *These protocols are not an absolute protection against contracting COVID-19.  Patrons assume their own risk by entering the facility.