Women House forms a sequel to the famous project Womanhouse, developed in 1972 by Judy Chicago and Miriam Schapiro. The artists and their students at the California Institute of the Arts transformed a dilapidated Hollywood mansion with works that disrupted conventional ideas about the home as a feminine space. It attracted thousands of visitors and national media attention. A landmark exhibition in art history, Womanhousewas the first female-centered art installation to appear in the Western world.

Continuing the dialogue with their artistic foremothers of the 1970s, the contemporary artists in Women House recast conventional ideas about women through painting, photography, sculpture, installation and video. Organized across eight themes, Women House emphasizes the plurality of women’s views on the home from Desperate Housewives to Mobile Homes.

Camille Morineau, director of exhibitions and collections at La Monnaie de Paris who curated Women House with Lucia Pesapane, said, “This exhibition is partially a political gesture. I am hoping that in ten years the level of information about women artists will be the same as for male artists.”

“Women House shows the enormous contributions of women artists to a topic that has received surprisingly little scholarly attention since 1972,” said NMWA Director Susan Fisher Sterling, “It is about traditional gender roles in our society, and demonstrates how women artists have challenged and revised our ideas about women, home and hearth.” 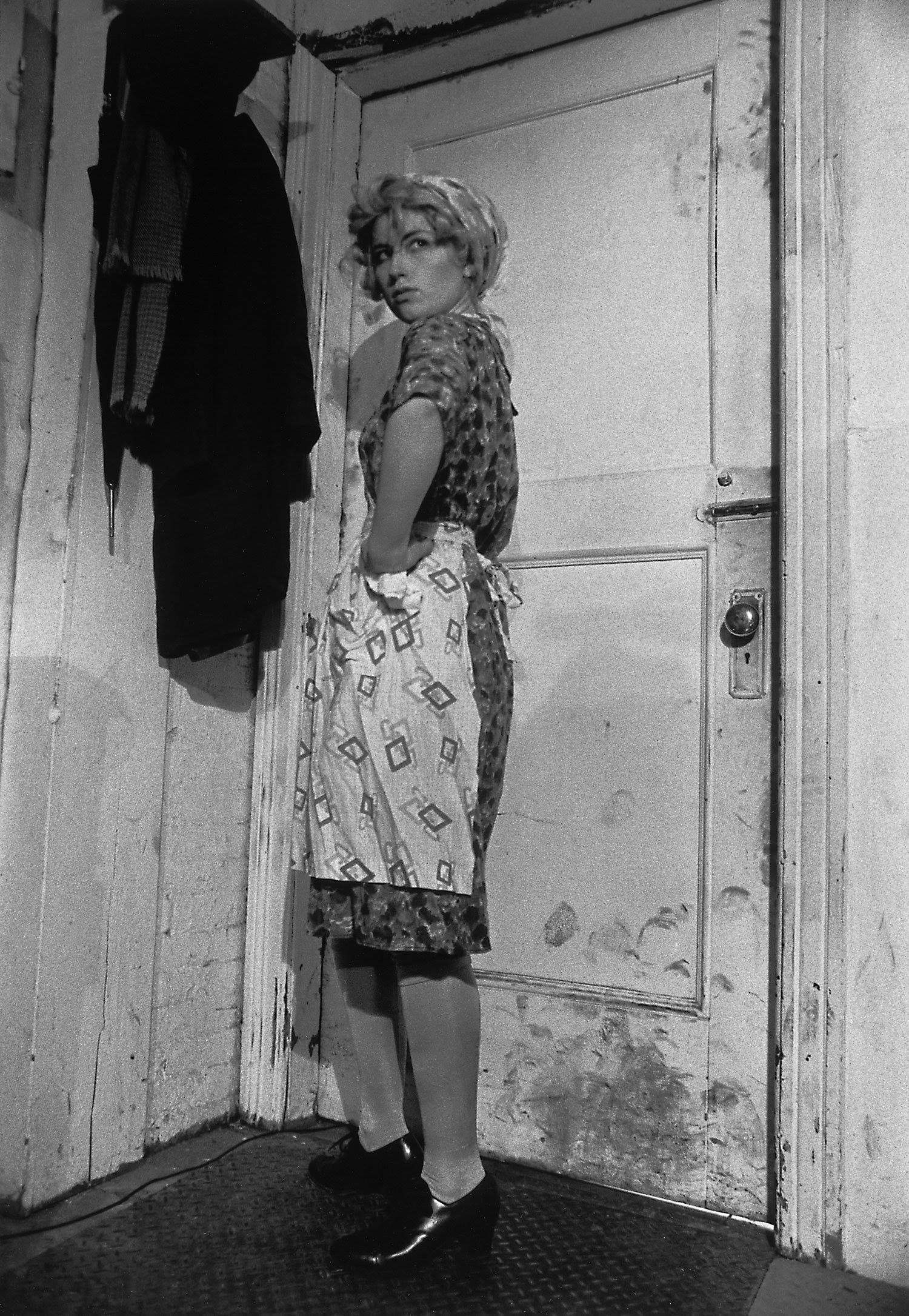 Desperate Housewives reflects the work of artists who attack the patriarchal system, particularly the role of the domestic space, which they see as emblematic of confinement and submission to male power. Cindy Sherman’s series of Untitled Film Stills(1977–80), points out stereotypical female roles such as housewife, vixen and bombshell—clichés that were deeply embedded in the cultural imagination. Martha Rosler’s Semiotics of the Kitchen (1975) parodies the apron-wearing housewife in television cooking shows, emphasizing her frustration with the oppressive roles prescribed to women.

In Home is Where it Hurts, artists challenge the domestic drudgery that extends from enforced gender roles using both dark humor and metaphor. Mona Hatoum’s Home (1999) arranges electrified rows of small kitchen appliances across a large table, shattering the notion of the home as a wholesome, safe environment. Themes of frustration and anguish continue in the 1977 works of Helena Almeida, who photographs her hands reaching through the bars of iron house gates, images that also symbolize Portugal’s isolation under the dictatorship that lasted until 1974.

Artists in the Femmes-Maisons section of the exhibition conceptualize the female body as the archetypal form of home, since it is humankind’s first dwelling place. Sculptures by Louise Bourgeois represent the maternal body as a space that is nurturing and powerful, yet also tethered to the built domestic environment. In Laurie Simmons’s Walking House(1989) a dollhouse is supported by a pair of doll legs—a playful yet eerie conception of the female body as being consumed by the expectations and responsibilities imposed upon her. 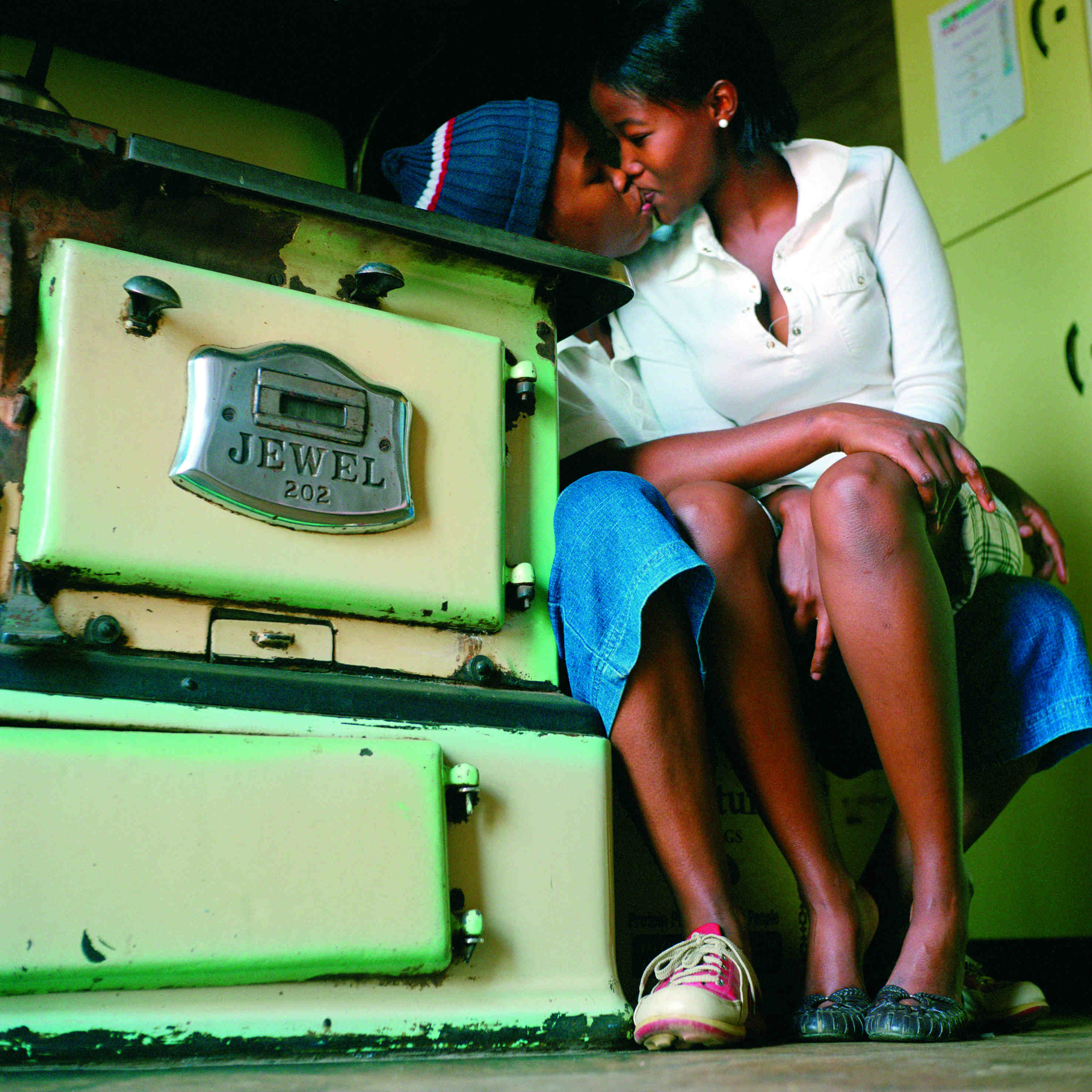 A Room of One’s Own draws inspiration from Virginia Woolf, with videos and photographs depicting women melding into their surroundings or using their bodies as architecture. Francesca Woodman perceived the home as an extension of her own body, melding together human and architectural forms. Zanele Muholi’s 2007 photograph of a young female couple in South Africa leaning into the warmth of the stove in their kitchen speaks to domestic spaces as places of both privacy and freedom.

The section titled Marks maps artists’ powerful memories of spaces in which they lived or worked. Draped and stitched works—which play on prevalent ideas about women, textiles and handcraft—dominate this part of the exhibition. Heidi Bucher’s 1988 casts of architectural elements made from latex and fabrics mimic a soft material. Cast sculptures of everyday objects by Rachel Whiteread—including window blinds and an air mattress—make references to objects at home. 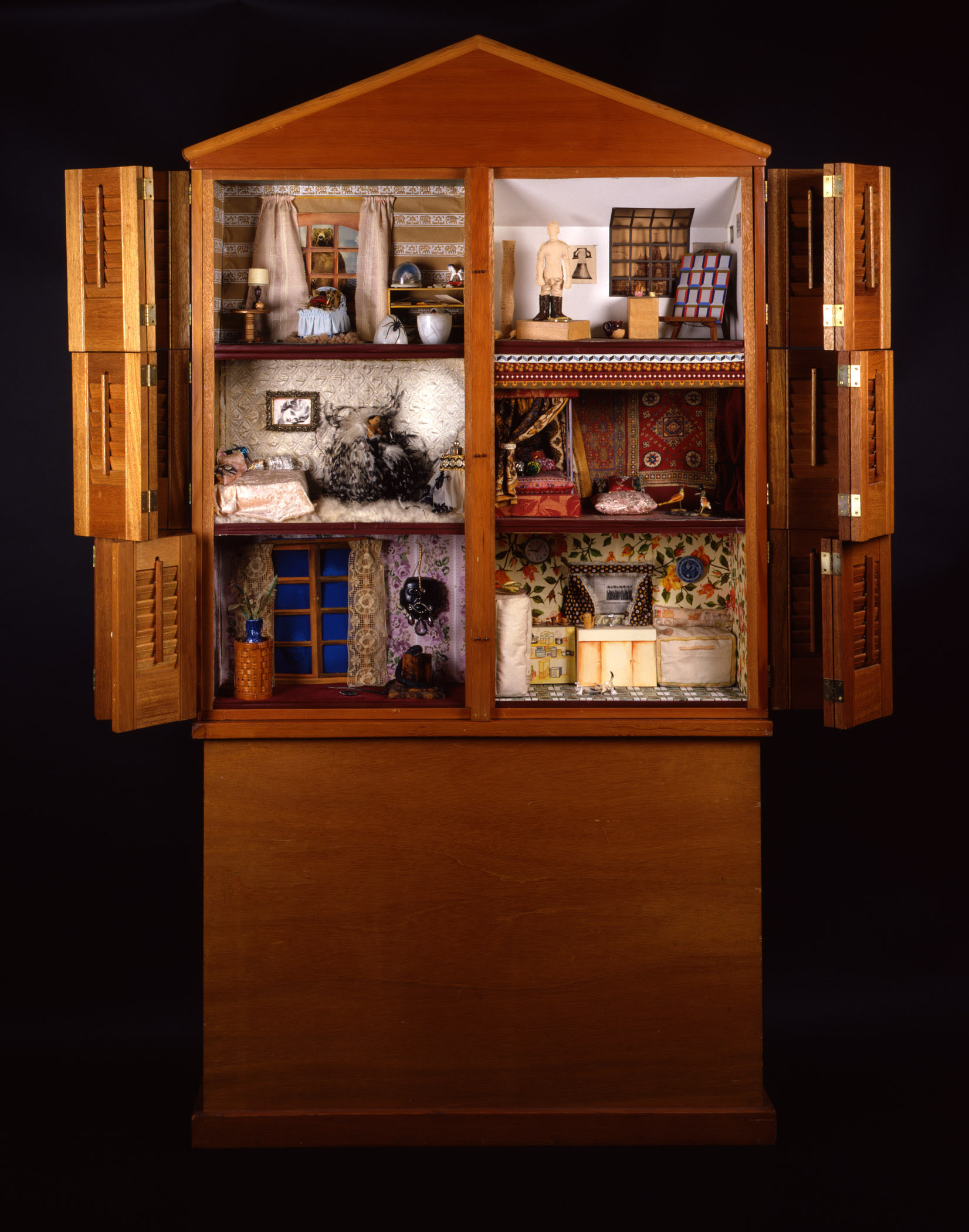 Artworks in the exhibition’s section A Doll’s House subvert idealized visions of the home that extend from childhood. Miriam Schapiro’s Dollhouse (1972), also exhibited in the original 1972 Womanhouse project, serves as a powerful metaphor on the lives of women. Laure Tixier explores domestic architecture from a more metaphysical standpoint through her house sculptures made from solid-colored felt.

Ana Vieira’s monumental installation Ambiente – Sala de Jantar/Environment – Dining Room (1971) forms the Construction as Self-Construction part of the exhibition. The work is made from gauze panels that depict the silhouettes of items in a bourgeois interior. Reflecting on the clichés of the well-styled home, Vieira’s work also stands as a discrete space made for female expression, created at a time when women artists had limited access to studio and exhibition space.

Mobile Homes includes artists who explore themes of nomadism and exile. In Lucy Orta’s Body Architecture (1996) a tent-like structure is designed to be worn by more than one person. Sue Williamson examines the experience of expulsion in her photographs of a small fishing community in the city of Alexandria, Egypt, in her series What about El Max?(2005). Threatened by the presence of the army and pollution from a nearby petrochemical plant, the inhabitants of El Max nonetheless stay rooted in the town and within their community.

CATALOGUE
The Women House catalogue features five essays and an interview with Judy Chicago. In a conversation led by NMWA director Susan Fisher Sterling, Chicago reflects on the continuing impact of Womanhouse on a new generation of global artists. Catalogue authors include Gabriele Schor, founding director of the Sammlung Verbund Collection in Vienna; Gill Perry, professor at Open University and chair of the Open Arts Archive; Giovanna Zapperi, critic and professor at École Nationale Supérieure d’Art in Bourges; Flavia Frigeri, fellow at University College London and former curator at Tate Modern; and Camille Morineau and Lucia Pesapane, director and curator, respectively, at La Monnaie de Paris and co-organizers of elles@centrepompidou and Niki de Saint Phalle. The catalogue will be available in hardcover in the Museum Shop and online at http://shop.nmwa.org/.